Swords Orthodontics
17 Main St, Swords, Co Dublin, Ireland
Swords Orthodontics > Blog > Seven Orthodontic Toasts #3 Ourselves
We've Got a Smile for You!
Welcome to Swords Orthodontics. If you're unhappy with the appearance of your smile, or the way your teeth meet or line up, then let’s see if we can help you – we specialise in the area of dentistry that deals with the position and alignment of the teeth. 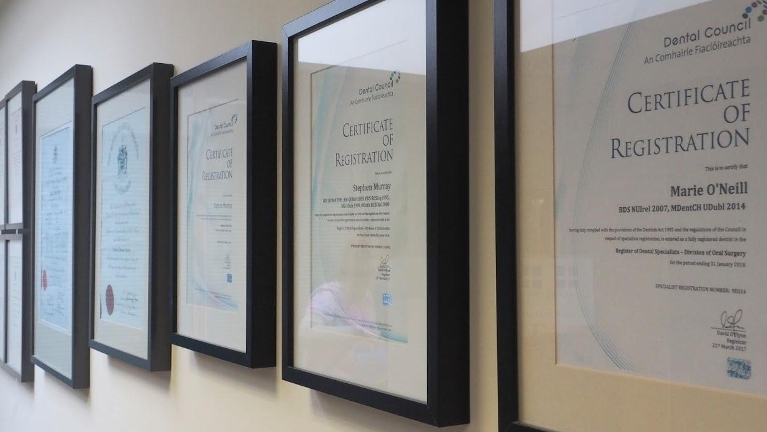 The Third Orthodontic Toast: Ourselves

In various navies, the classic third toast of the week is “Ourselves”.

This is traditionally met with the response “for no one else will concern themselves with our well-being” in the Royal Navy in the UK. Two centuries on from when the movie “Master and Commander” is set, Russell Crowe’s toasts to his officers still have some clout to teach us. For this toast, I think of "ourselves" as the profession of dentistry in general. Dentistry is a strange profession, a unique vocation or calling. I always reckoned you could have made a surreal comedy show like Father Ted using dentists instead of priests. It’s a profession that most children are familiar with but very few adults can really understand.

In second year at dental school our first lecture in medicine was from a consultant physician called Dr Seamus Coyle. He was…”memorable”, his behaviour could kindly be called “eccentric” but I suspect he was good at his day job and many people lived longer and happier lives because of his intervention, and probably many more in the subsequent generation because of the effect he had on his students.

He kicked off his first lecture with a challenge by asking everyone in the class “why did you do dentistry?” He’d probably lit up his first cigarette of the lecture before he’d got around the whole class, but I doubt there was more than a handful of cohesive answers then out of 2 dozen students, and that number probably hasn’t increased in 30 years.

When someone asks what I work as, I tell people I’m a dentist. This usually gets one of three replies:

For years, the first two answers made the bigger impact on me, but over time it’s the third answer that sticks. It’s hard to define why we do what we do, but we know we do it. In fact it’s not just something we do, it’s something we are. We don’t really work as dentists, we are dentists. We have a job that to a large extent defines us and if you don’t have a passion for that kind of work, or you don’t have a means of compartmentalising it so it’s merely a job, that can be trouble.

Orthodontics can be ridiculously challenging, but I love it. I think most dentists enjoy some aspects of dentistry and the other aspects they might not. The balance between the two determines their happiness - professionally and to some extent personally.

The professional has to be balanced out by the personal, but for most of us the two are very tightly connected. I have blogged before about the health challenges – physical and mental- that the profession encounters but the people best placed to understand them are other dentists.

I delivered a speech to the graduating class of dentistry in Trinity College Dublin a couple of times and in it, I advise them to seek fellowship wherever they can find it because that is what will support them through a longer and happier career - not because no one else will concern themselves with their wellbeing, but because not enough people will be able to do it so well.

So to my colleagues, raise your goblets….

Tips and advice for a Trip to Paris