Swords Orthodontics
17 Main St, Swords, Co Dublin, Ireland
Swords Orthodontics > Blog > What is a Frenectomy? Does my child need one?
We've Got a Smile for You!
Welcome to Swords Orthodontics. If you're unhappy with the appearance of your smile, or the way your teeth meet or line up, then let’s see if we can help you – we specialise in the area of dentistry that deals with the position and alignment of the teeth. 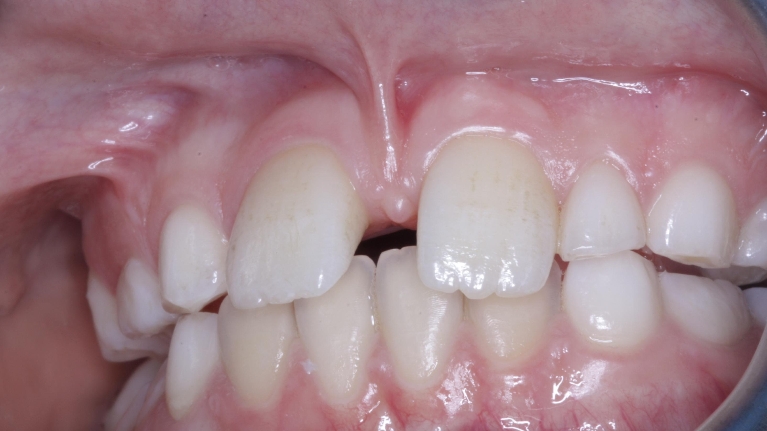 Sometimes this is contributing to a problem with the gums or the alignment of the teeth - particularly when the frenum is attached to the gum right at the level where the teeth emerge. You might see the gum receding from the teeth or it may be painful when the lip or tongue moves. Sometimes it may be involved in a space between the two front teeth - in that case you might be able to see the gum on the roof of the mouth go white when you pull on the upper lip.

There are several other reasons that a child can have a space between the two front teeth, and an orthodontist will be able to assess your child to see if any of them are happening here as well. One basic reason is that not all the teeth have come through and occupied all the available space yet!

A frenectomy is the removal or reshaping of the frenum. The frenectomy procedure is sometimes used in combination with orthodontics. It would rarely if ever be done before all the adult teeth are erupted, but there are other reasons it might be done, and these may be done earlier -for instance if the frenum is actually attached in a way that is causing damage to the gums or pain when the lip moves (or the tongue moves in the case of a lingual frenum), or if it interferes significantly with tongue movements.

It might also be done for someone who has no teeth! A frenum can interfere with how well or how comfortably a denture fits.

It would often not be done by the orthodontist themselves, most orthodontists would refer you to an oral surgeon or a periodontist (a dentist that does periodontology - the gum specialty).

When is the best time to have a labial frenectomy carried out?

Recently, a patient from Balbriggan asked me should their daughter have a frenectomy after the braces or before braces. This is a question that keeps coming up!

I have sat through many lectures over the years and had discussions with surgeons and gum specialists and have never had a definitive answer as to whether this should be done before/during/after orthodontics.

As long as there is enough healthy bone to move the teeth together (an orthodontist will take Xrays to confirm this), you rarely need the frenectomy done beforehand to allow the teeth to move together and close the gap, but a very thick frenum can push them apart disappointingly quickly when the braces come off. That's why some orthodontists may wait to the end of treatment before deciding.

At Swords Orthodontics, I personally tend to do it after orthodontics so that I am not trying to move the teeth through healing tissue or scar tissue. Quite often I don’t end up doing the procedure if the teeth stay together with my normal retainer recommendations (after all, nobody wants surgery they don’t need). If it turns out that I do need it done then it doesn’t take too long to close up the space again and I organise the procedure. The tissue in the surgery area tends to contract when it heals which helps keep the teeth together - but I can understand that other orthodontists would disagree.

The other aspect of a frenum problem is the long term retention. If the frenum does cause the space between two front teeth to reopen, then I would often place a fixed retainer on the two front teeth.

What is the Best Age to Bring Your Child to the Orthodontist?