Swords Orthodontics
17 Main St, Swords, Co Dublin, Ireland
Swords Orthodontics > Blog > This ain't rock and roll, this is orthodontic retention....!
We've Got a Smile for You!
Welcome to Swords Orthodontics. If you're unhappy with the appearance of your smile, or the way your teeth meet or line up, then let’s see if we can help you – we specialise in the area of dentistry that deals with the position and alignment of the teeth.

This ain't rock and roll, this is orthodontic retention....! 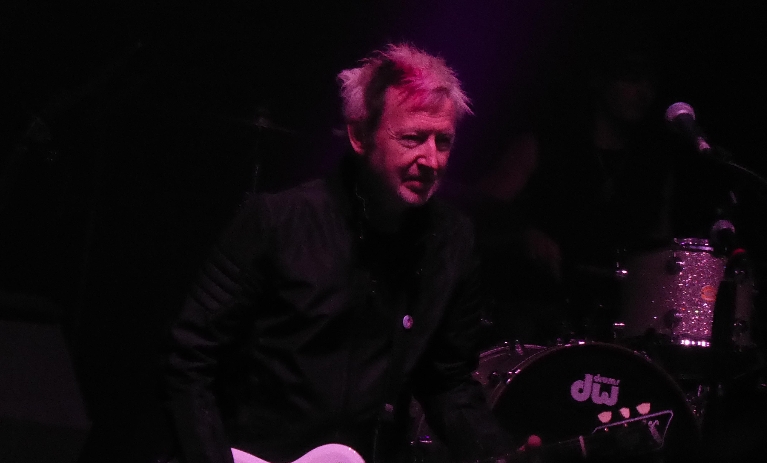 I was never a huge David Bowie fan, but he’s always been there. I’m old enough to remember him in the charts – “Boys Keep Swinging” being the first time. Not understanding the possible connotations of this title, I made up a sign with this encouraging exhortation for the annual Girls V Boys Quiz in primary school and couldn’t figure out until years later why my teacher wasn’t impressed.

Ten years later, a guy in my class in Dental School met Bowie a couple of times one summer when he was working with his uncle, who used to fly helicopters in the army and was Bowie’s helicopter pilot for a while.

And ten years after that, I was working in Pinderfields Oral and Maxillofacial unit with a guy called John Scholey who made me the most excellent Bowie mix tape. We both ended up as orthodontists – he’s a consultant in England’s North Midlands now – and that tape was the soundtrack in my car of my first orthodontic job.

Don’t get me wrong, I think Bowie’s great, I enjoy his music, but to be a big Bowie fan takes more application than I can supply to get through “the album tracks”, so to this day, I only have 2 of his albums – a compilation (that’s not as good as Scholey’s mixtape) and that soundtrack one where he sings “Heroes” in German. Of course there’s a dental connection: I got the irresistible urge to track that German one down after watching a piece about it in the common room of the Royal College of Surgeons in London about 25 years ago when I was studying for an exam called The Fellowship.

So a quarter century passes and I am at my third Bowie Festival for a show “A Bowie Celebration”. This is a touring extravaganza of former Bowie musicians (“Bowie Alumni”) who convene to play his songs with a variety of guest vocalists. These are the same guys who stood beside – or sat behind - Bowie, tour after tour, and they’re now playing these tunes the way they would have played them over the last 5 decades or so. The touring vocalists are Bernard Fowler from the Rolling Stones, Corey Glover from Living Colour and Joe Sumner from Fictionplane and the local guest stars were Christy Dignam from Aslan and David Geraghty from Juniper and Bell X1. The singers are really the only difference between seeing this band and seeing Bowie perform in a small venue without the spectacle of troupes of dancers, backing vocalists and giant robot spiders.

It was truly rocking. On the night, we were informed that Earl Slick wasn’t performing due to illness. That was sad for me, because he’s one of these legendary guitarists that I always wanted to see live, he just emanates this aura of cool, but doesn’t seem to tour outside the USA much. There were still two other guitarists – including Gerry Leonard from Clontarf (not far from Swords Orthodontics) who was the main guitarist on Bowie’s last major tour - I had a ticket for that show but it was cancelled after Bowie got sick and retired from touring.

This was the third festival since Bowie’s death and it’s the biggest so far. People come out to celebrate the music he made, some of which is more than 50 years old.

There is a legacy of great work. Great work was done and different media –in this case recordings, but it can just as easily be a book or a picture for an author or a painter – preserve it for us and we can enjoy it for decades to come.

So if you have orthodontics and an orthodontist does great work for your teeth, then wear your retainers as asked and you will have a smile that you (and everyone who sees you) can enjoy for decades to come.

Orthodontic Conversations: Week 33 "Why do my braces break?"