Swords Orthodontics
17 Main St, Swords, Co Dublin, Ireland
Swords Orthodontics > Blog > We won three awards at the Aesthetic Dentistry Awards 2019!
We've Got a Smile for You!
Welcome to Swords Orthodontics. If you're unhappy with the appearance of your smile, or the way your teeth meet or line up, then let’s see if we can help you – we specialise in the area of dentistry that deals with the position and alignment of the teeth.

We won three awards at the Aesthetic Dentistry Awards 2019! 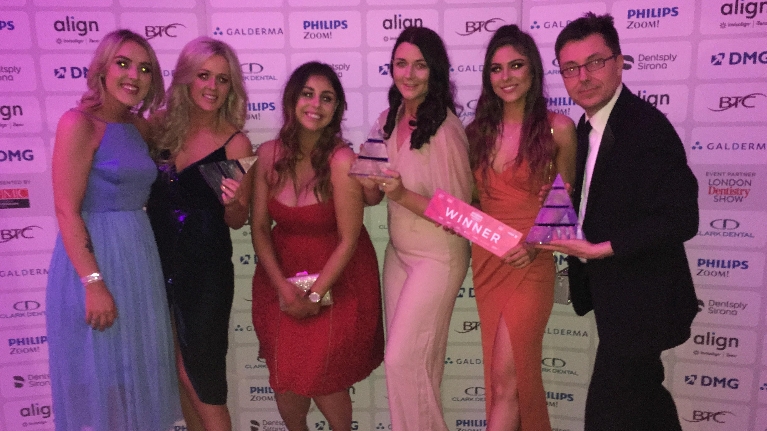 It has been a great week here at Swords Orthodontics. We won three awards at the Aesthetic Dentistry Awards 2019 in London! This took place on the Friday 22nd of March. The categories that we won in are: Interdisciplinary Team Orthodontic Surgical, Orthodontics child/teenager fixed and Best Aesthetic Practice Ireland. This is a massive win for us as we have entered twice before and have only won highly recommended and have never won the overall category that we’ve entered. We are delighted to win these awards as we were up against many British practices where the standard is always high.

I was very excited as this was the first time I attended these awards. Friday morning started early in the Airport with the flight to Gatwick at 11am. We arrived in Gatwick around 12:15pm and hopped in a taxi to the Landmark Hotel London. We stayed in the hotel where the Aesthetic Dentistry Awards were being held. The hotel was very fancy and definitely lived up to its five stars rating.

The night started out with a champagne reception at 6pm. We then moved to the main room where our host welcomed us to the event and then we sat down for dinner around 7:30pm. After a lovely three course meal the Awards ceremony commenced. All the anticipation was building up for this moment. We were all over the moon when our name was first announced! And even more blown away when they announced us two more times. We were all delighted the work that our team put in was being recognized. I am very lucky to be working with such a hardworking and fantastic team. This was a very proud moment for us. This will only make us work even harder to make sure we get more awards next year! So after the ceremony ended and after a few glasses of wine we hit the dance floor until the early hours. We then hit the town for more celebrations. 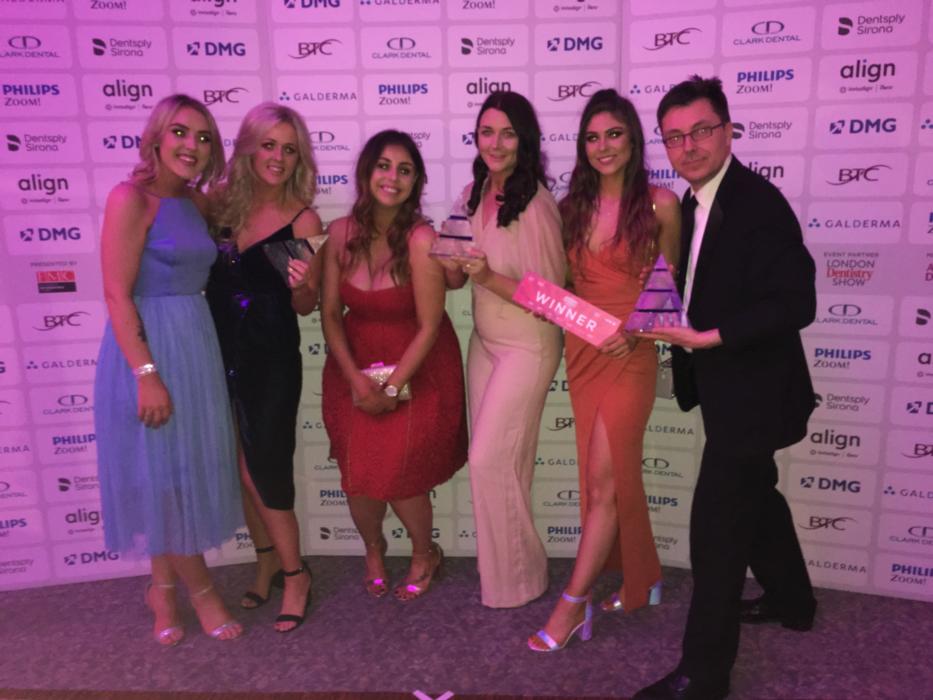 The next day we got up early for some shopping on Oxford Street then checked out of the hotel and headed for the airport. I caught up on some sleep on the plane over and arrived back in Dublin for 6:30pm. This was a very successful trip and I definitely look forward to attending the awards next year!