Swords Orthodontics
17 Main St, Swords, Co Dublin, Ireland
Swords Orthodontics > Blog > 2 Songs, 2 Theatres and a Ballroom
We've Got a Smile for You!
Welcome to Swords Orthodontics. If you're unhappy with the appearance of your smile, or the way your teeth meet or line up, then let’s see if we can help you – we specialise in the area of dentistry that deals with the position and alignment of the teeth. 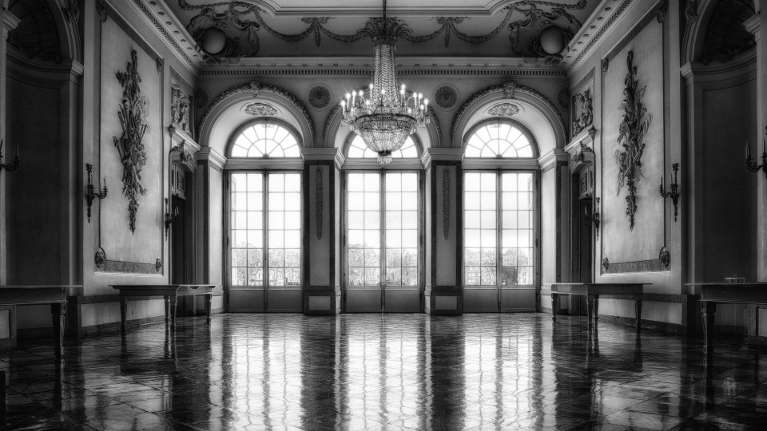 The Crown, Princess Diana and a Song for Guy

So, once upon a time, when I was a very junior minion on an oral and maxillo-facial surgery team, Princess Diana visited my hospital. I won’t mention the name of the hospital, suffice to say it was in a town where you’d expect the Royal Family to be quite popular. I was in the middle of an operating theatre, working on an all-day list at the time, presumably helping my boss bolt a broken mandible together or something like that.

When you’re “in theatre”, there is an area of the hospital configured for surgical procedures: a “theatre block”. There are ususally a few theatres beside each other and a variety of people coming and going, particularly in between actual procedures on patients. It’s a serious work environment, but it’s not actually like a monastery or library where you’re expecting strict silence - though I have been in a couple of theatres where there is only one cassette that is played incessantly and silence might be preferable (yes, Pinderfields and your “Now that’s what I call West End Musicals”, I’m thinking of you).

This particular theatre suite was usually busy, as the lists often had a rapid turnover of short duration procedures and a few longer ones in the middle of the day and that meant a troupe of people bringing patients and instruments in and out and changeover of nursing teams and anaesthetists and in the midst of all of this hustle and bustle, and lounge music from Rat Pack’s Greatest Hits or the like, I think about two people expressed any desire to go to the end of the corridor to catch a glimpse through the window of the woman that was probably either the most famous woman in the world at the time, or the daughter-in-law of the most famous woman in the world at the time. The rest of us just shrugged our shoulders and got on with the job we were doing at the time. A few minutes later the two people in question came back to excitedly inform us that she had a lovely coat. I don’t think the excitement was contagious.

A few years later, a similarly dressed team of people in a similarly equipped and ventilated room were working flat out to save her life in the 13th Arrondissement of Paris after her Mercedes ploughed into a pillar in a road tunnel.

They did not succeed.

I see that Season 5 of The Crown is going to be released starting on November 9th. I started watching it by accident at my dad’s house a while ago, one of the middle seasons, and I was hooked. The production values were unusually high for TV series that I have seen and the stories were well written blends of actual events and conjecture. The conjecture is likely to go unchallenged because of who it involves, but I have no idea how factual that part of it is. I have often enjoyed fiction set against real events, but not things that involved the actions of real people that we will never verify- I found Perfect Storm a disappointment for this reason.

In The Crown, to me at least, while the Royal Family is at the centre of the drama, it’s also a McGuffin, a device like the suitcase in Pulp Fiction, to illustrate the social history of the UK and a few fundamental themes like love and loss and duty and denial.

Given the effort that went into it, I suspect there aren’t any wasted scenes or word.

Or coincidences. I smiled at the scene where Diana has moved to Buckingham Palace before her marriage to Prince Charles and to get some time to herself, dances alone in an empty ballroom. She puts on a tape of Elton John.

But, seventies child that I am, it was clear that it wasn’t so simple. The Elton John song was Song For Guy. I remember it from shows like Multi Coloured Swap Shop and so forth and I knew it wasn’t actually a contemporary song for the scene we were watching. Non-contemporaneous music in historical shows really grates with me for some reason. Probably the same enthusiasm for detail and accuracy that steers me towards orthodontics as a career in dentistry.

Now once you decide to play a pop song in a historical show that isn’t from the same time as the events you’re watching, you can choose anything. And in this case, they chose a song with almost no words, so it’s not as if there’s a chorus or lyric to reinforce the visual. Elton’s most famous instrumental piece, number 7 in Ireland, and top five in the UK charts a couple of years before Diana would have done that dance, if indeed she ever did do that dance.

It was a tune that Elton wrote as he contemplated his own mortality, possibly not in the most conventional state of mind. Shortly afterwards, he learned that within a few hours of writing it, his colleague Guy Burchett had died in a road traffic accident, so named it Song for Guy.

There’s a device in movies and books called “foreshadowing” where you have some reference that gets picked up later on. Like in Back to the Future where the clock is stuck at the same time for decades because it was struck by lightning in 1955 and when they end up in 1955 after a time travel accident, they are able to use the lightning bolt to get back - to the future. In The Crown they unusually use a piece of music to foreshadow- dramatized Diana dances to an instrumental in reality written by a man about his friend who died in a traffic accident, and in reality she would become friends with this man and he would write a song about her and play it at her funeral when she died in a road accident.

Genius stuff. I don’t have Netflix, but I must have a look at it when I’m up at my dad’s.