Reflecting back on the year 2017 for Swords Orthodontics… 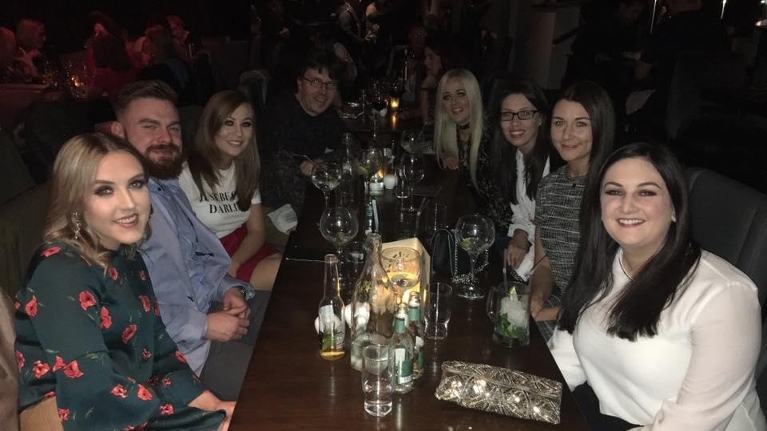 Reflecting back on the year 2017 for Swords Orthodontics…

2017 has had some great highlights for all of its Swords Ortho staff. So many it’s nearly too hard to fit them all into one blog… but I decided to give it a go! Here are my top 12 highlights of 2017…

On January 28th our Therapist Michelle gave birth to the most gorgeous little boy Michael. Weighing 8lb 10 oz . Hard to believe he is nearly one already!!

In March the Swords Ortho gang (well nearly all of us) hit London for the Aesthetic Dentistry Awards! On the 23rd of March myself, Martina, Courtney, Brenda, Bogdan and Stephen stayed in the beautiful Landmark hotel in London where the awards ceremony was held. We did not win an award but we enjoyed every single minute of the weekend, so much that we have entered our entries again for 2018!!

On good Friday the 14th of April Stephen and I did a 65km charity cycle called “The 65 Roses Cycle” in aid of Cystic Fibrosis Ireland with the Malone Group. The Malone Group raised €1,940.10 with over 55 donations from family and friends. It may have taken me and Stephen four and half hours but it was such an enjoyable experience and all for an amazing cause!!

On the 29th of April Brenda our Treatment Co-ordinator got married in the beautiful Mill house in Slane. We all had a fantastic day and what a beautiful bride Brenda was! Their amazing wedding photos also made the Irish Brides magazine!!

After a busy couple of months, on the 6th of June Brenda also successfully completed her Dental radiography course with a Distinction and is now a fully qualified radiographer! This means Brenda can now take x-rays for our patients.

On the 14th of August Sarah our Dental nurse/receptionist joined our team! Like Brenda, Sarah also is a fully qualified dental nurse and radiographer! We are delighted she is now a part our Swords Ortho team.

On October 22nd our lab technician Bogdan competed in a judo competition called the Irish Winter Open for Brazilian Jiu Jitsu. He was a gold medallist in the heavyweight division. What an achievement for Bogdan!

On October 24th our Oral surgeon Dr Marie O’Neill Collins gave birth to a gorgeous baby boy Daniel! Weighing 9lbs 5oz - we are all in awe of him!

On the 3rd of November the Swords Ortho staff went to the Orthodontic Society of Ireland's annual conference which was held in the Radisson Blu hotel in Stillorgan!

by Stephen and his colleagues! Such good courses, full of learning!!

On November 6th all the staff at Swords Orthodontics held a charity week in aid of St Francis Hospice! It was “a week of treats” and we raised €356.94 for St Francis Hospice Dublin which Stephen matched!! So we had €713.88 to give to the Hospice. What an amazing week it was and for such a fantastic organisation!

After all her hard word on the 13th of December Martina successfully passed all of her dental nursing exams from Trinity College Dublin. Martina is now a fully qualified dental nurse and she is fantastic at her job! What a massive achievement for both Martina and Brenda this year! We are always educating ourselves here at Swords Orthodontics!

Finally, I come to the end of 2017 and this year it ended with a bang! Our qualified dental nurse/treatment co-ordinator Courtney got married on the 31st of December – as beautiful and unforgettable New Year’s Eve wedding. What a magical one it was from start to finish. We all had such an amazing day and Courtney looked absolutely stunning!!

“Success is not the key to happiness, Happiness is the key to success. If you love what you are doing, you will be successful” – Albert Schweitzer