Swords Orthodontics
17 Main St, Swords, Co Dublin, Ireland
Swords Orthodontics > Blog > Pete Townshend and Planet Coronavirus
We've Got a Smile for You!
Welcome to Swords Orthodontics. If you're unhappy with the appearance of your smile, or the way your teeth meet or line up, then let’s see if we can help you – we specialise in the area of dentistry that deals with the position and alignment of the teeth. 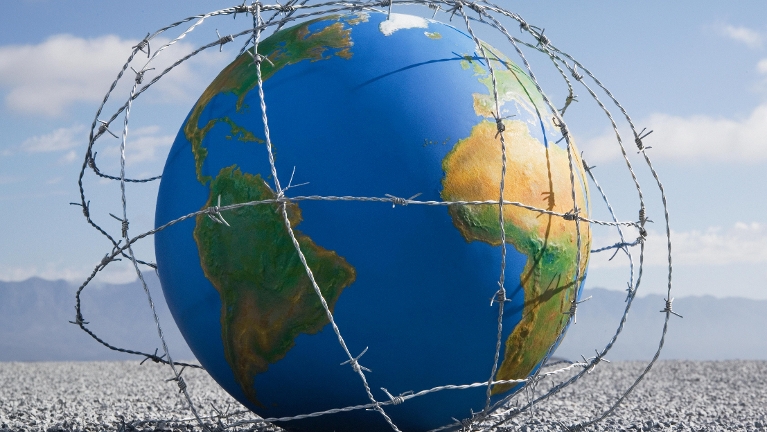 Nearly quarter of a century ago, my wanderings brought me to Portland, Oregon. I was visiting an American cousin and he recommended I visit Powell’s Bookstore, one of the world’s greatest book shops. My points of reference for great bookshops at that stage were Eason’s in O’Connell St, Hodge Figgis, Waterstone’s in Belfast and Foyle’s in London. I figured the bar was pretty high.

Nothing had prepared me for Powell’s. This was a place that occupied a city block, with an additional annex for technical and academic books. It had its own restaurant and you needed a map to get around it. At various points there were microfilm readers so you could check if they had a book and where it was kept. Near the top, they had a room for “extremely rare or valuable books.” I spent an entire day there. Decades later there are books I remember holding and regret replacing unbought on the shelf.

One of the books I did buy was Glimpses by Lewis Shiner. It’s a novel, but it’s based around the true stories of albums that great rock acts never completed as planned – The Beach Boys’ Smile, The Beatles’ Get Back, The Doors’ Celebration of the Lizard and Jimi Hendrix’s First Rays of the New Rising Sun. But there’s one great unfinished album still out there that he doesn’t mention and it was to foretell a world very similar to the one I’m in now as I’m writing today’s blog.

Around 1970, The Who were looking for a new record to follow up their legendary rock opera Tommy. Pete Townshend, the principal creative force in the band, had various spiritual revelations over that time and came up with a new idea which was intended to become a record (and a movie, and a concert) called Lifehouse.

Lifehouse would tell the story of people in the 21st century who couldn’t leave their houses because of a biological catastrophe. They could remain in contact with each other, experience the outside world, or idealised variations of it, using a computer network. He referred to this network of computers as “The Grid” and it allowed people to live virtual lives way beyond the reaches – and safety – of their own houses and required “experience suits” which would provide the sensory simulations of what they should be feeling.

The Grid was sometimes susceptible to hackers, and the people in their suits were told of a rock concert that would happen in real life and eventually their connection would lead to the creation of a single piece of music that would allow them to transcend their physical limitations of their own bodies.

As the project developed, there was some consideration as to who officially controlled The Grid (a company called PlusBond, or a man called Jumbo, depending on where you read it) and the vital thing for connecting with people on The Grid is their personal data. Townshend was very interested in the potential of personal data to get beyond normal existence – when Lifehouse was intended as an interactive concert experience, he was convinced that the members of the audience could input various details about themselves in to a computer that could process this and come up with a note or divine chord that would elevate their state in a way they’d never experienced before.

As part of the coronavirus lockdown, I’m doing a bit more reading and have found myself recently consuming autobiographies – including Michael Caine, Roger Daltrey and Pete Townshend. Townshend’s book was written years ago, but when he started describing his Lifehouse idea, I was incredulous. The bit about a computer network called Grid that is so like our own Web (and a pretty close synonym) would be enough to be a visionary piece, but the fact that this is now the best way to communicate with the people next door, or our own family rather than going to actually meet them is a bizarre premonition of the coronavirus world.

There’s a few lessons here – shoot at the moon and if you miss, you’ll land among the stars would be one. Lifehouse was never completed at the time, and much of the material ended up becoming Who’s Next which is generally considered the best album of their career (and bear in mind this is the band that made Tommy AND Quadrophenia) even though the connecting concept behind the songs was lost.

Also, if Arthur C Clarke had written Lifehouse it would have been considered as visionary as his proposal of the geostationary satellite. The difference is that he would probably have completed it and published it. Townshend abandoned the project, but returned to it many times over the next 40 years. Every artist has to decide whether to stop working on a project and present it to an audience, or to keep working at it until it meets their vision.

And that’s a tough call.