Swords Orthodontics
17 Main St, Swords, Co Dublin, Ireland
Swords Orthodontics > Blog > I want to be elected! What difference does a smile make to voting?
We've Got a Smile for You!
Welcome to Swords Orthodontics. If you're unhappy with the appearance of your smile, or the way your teeth meet or line up, then let’s see if we can help you – we specialise in the area of dentistry that deals with the position and alignment of the teeth.

I want to be elected! What difference does a smile make to voting?

"I wanna be elected" was a song by Alice Cooper, who's one of the few rockers of his time that I enjoy listening to but never actually have seen in concert. When I was studying orthodontics in the UK, he came to my town, but was sold out before I could get a ticket. I have a cousin in Arizona who has played golf with him, though!

I digress. This week we had European and local elections in Ireland. I didn't want to blog about the dental dimension to it until after the event, and hopefully there'll still be some posters up to illustrate my thoughts so I can take a few photos. Ireland is pretty traditional with elections, and we LOVE putting posters up on every lamp post and telegraph pole. 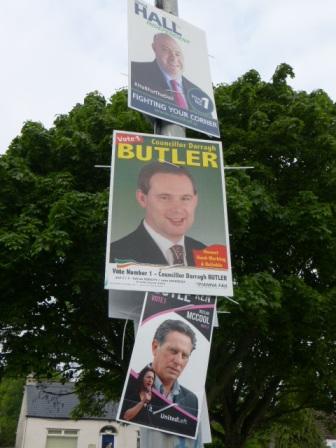 Do you ever look at the posters? From a dentist's perspective they fall into two categories - smiling and non smiling. Some of the non-smiling ones presumably are meant to convey the message "this is serious, I will get things done" but often they look like they could replace the words "VOTE No 1" on them with "Dead Or Alive". 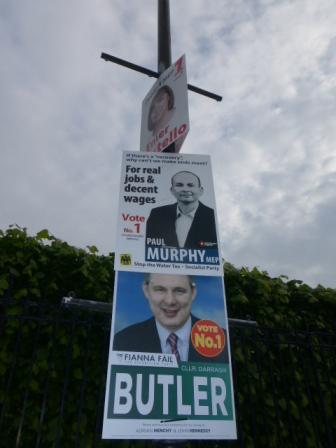 The smiling ones don't make the candidates look less capable, but more approachable. Sometimes it's not a natural looking smile, but most of the time it is. Sometimes it's a smile with a closed mouth, sometimes open. It's clearly good to smile.

Swords Orthodontics is in the Dublin constituency for the European election, and a cursory look at the flyers for our local candidates show only two non-smilers (out of eight), very much in the "I'm serious" style. In the Swords area for the local elections, I checked the flyers distributed by the candidates and there are four non-smilers (among fourteen total).

I checked the 2014 Local Elections Style Manual from a "well known major party" and they specify that both shoulders should be visible on the photos submitted for putting on a poster, but have no instructions about smiles.

I don't know the overall benefit that posters are to an election campaign and I suspect that's tightly guarded knowledge - it may come down to the fact that everyone puts up posters because everyone else does. If someone could work out what difference they make, it'd be fun to find out if there's a difference to the success of posters with smiling candidates and non-smiling candidates.

But here are my parting thoughts - the US presidential elections are probably the best funded, most organised, and most carefully managed/analysed vote seeking campaign on earth and when was the last time you saw a US presidential candidate that didn't smile at almost every opportunity on photos?

If you were looking for election, would your smile be something you'd want to use in your favour?