Swords Orthodontics
17 Main St, Swords, Co Dublin, Ireland
Swords Orthodontics > Blog > Communication Shakedown at the British Dental Association
We've Got a Smile for You!
Welcome to Swords Orthodontics. If you're unhappy with the appearance of your smile, or the way your teeth meet or line up, then let’s see if we can help you – we specialise in the area of dentistry that deals with the position and alignment of the teeth.

As part of a commitment to continuing professional development, Dr Stephen Murray was in London recently for a couple of courses. 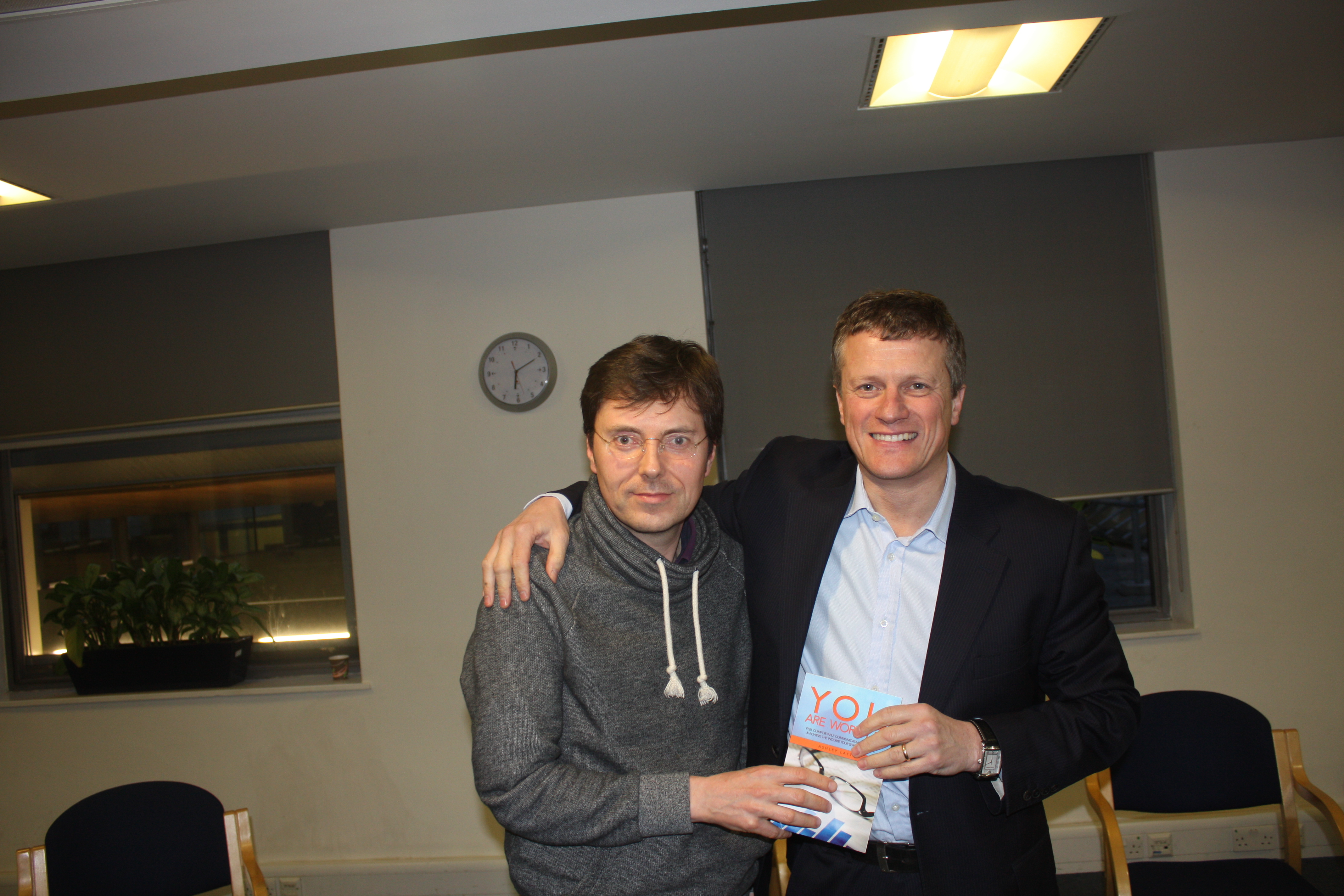 The first was an intense one day course with dental communication expert Ashley Latter at the headquarters of the British Dental Association in Wimpole Street (which is around the corner from Harley Street, and similarly full of doctors and dentists). There were about ten dentists at it and they went through various exercises in talking to patients.

Stephen: "My first encounter with Ashley Latter was a British Orthodontics Conference in Edinburgh in 2006. It was the first time it had been there at the very prestigious Edinburgh International Conference Centre and Ashley was giving a talk to the entire conference. Years later, I discovered this was a new level of presentation for him, but I just assumed that he did this sort of thing all the time. About half way through his talk he asked for a volunteer from the audience, and I was enjoying it so much I decided that I'd put my hand up. What followed was a memory-recall exercise involving an image of Michael Schumacher driving Mrs Thatcher. From the car door, to the feathers on Mrs Thatcher's hat, there were 20 details to remember, in order, and strangely I got each of them right and won a DVD for my efforts. After the event, a consultant I used to work for came up to me and congratulated me on my ability to recall all the parts of the image, but it was only much later that it dawned on me that it wasn't an exercise in remembering that I was taking part in, it was an exercise in taking the plunge and stepping outside of a typical comfort zone for most people. That event has stuck with me for a long time!"

Stephen is a National Public Speaking Champion, and European Debating Champion, and anyone that knows him knows he isn't slow about talking. He likes to use his communication skills to reassure nervous patients and help people thoroughly understand their treatment plans.

There were many other challenges to people's comfort zones on the day and after a full day of exercises, Ashley headed back to Manchester and Stephen headed on to Millbank near Big Ben and the Houses of Parliament for the next event - a day with the new Invisalign system.

Follow us on TwitterLike us on FacebookWatch our Youtube VideosConnect with us on LinkedInPin us on PinterestInstagram
As part of Phase One of the National Reopening, Swords Orthodontics is now resuming routine orthodontic treatment.
There will be a few differences in how we do this specifically to deal with coronavirus, but you'll still be getting great orthodontic treatment.
We'll be in touch to reorganise your appointments, please don't attend without an appointment.
Contact Us Today
Give Us A Call
Dr Stephen Murray - (01) 810 7622
Send Us an Email
Expanded Details View
This Patient's Experience
Loading Testimonial...
Loading Case...